Follow the Money. How many times have you heard that? When it comes to politics and government – it is ALL about money. Our money and how those whom the public serves will divvy it up amongst themselves. Oh!? You somehow thought “public service” meant THEY serve US? The laugh is on you.

As Mark Twain is credited with saying: 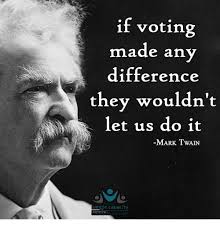 When it comes to taxes – the politicians cry is always always always “Tax the Rich!”. This is a lie. Face it. Look at the taxes the controllers collect. They don’t “tax the rich”, they tax everything. EVERY THING. They are all about extracting money from us, the citizens. Like everything else political, their “tax the rich” mantra is smoke and mirrors.

The simple fact is, taxes are not enough for these cretins. No. Not at all. These money hungry buggers cannot take our money fast enough so they borrow more – on OUR credit. Why? So they can spend more. Give away more to broaden their power base. What they do not spend to secure their lavish lifestyles – they dole out to their patrons to ensure they stay in office or have cushy, sometimes even “no-show” positions when they “retire” – with substantial pensions on the taxpayers’ dime no less. Do not think they stop there!

Oh no! Taxing and borrowing is NOT ENOUGH! Not at all – they must then steal from us. Do you think I’m kidding? Consider the “Social Security Trust Fund” for example. The controllers help themselves to that money at will. Now I cannot say what happened for sure but has anyone ever wondered where the $21 TRILLION dollars the Department of Defense “lost”? Do you think someone simply had that money in a bank envelope and misplaced it… temporarily? Do you really think the Department of Defense is the only government entity that has “lost” money? My guess is this money ended up in a lot of pockets. Even so, surely any politician who could possibly be involved is certainly above question… right?

Then there are the “asset forfeiture” laws where law enforcement is allowed to seize citizen’s wealth. The original stated intention was to prevent accused drug dealers from defending themselves using money gained from drug sales. While it all sounds noble and humble at first glance think about this. Such laws allow law enforcement to strip a citizen of their assets just because they are accused of wrongdoing. It started with drugs but news stories reveal some in law enforcement simply stop anyone they wish to rifle through their stuff, taking anything the want because, you know, it COULD be something gained illegally. Is this not theft – in many cases literally modern highway robbery?

Sadly, none of this ends here. It is not enough that the controllers beg, borrow and steal our wealth at increasingly alarming rates. No, they add to our insult upon us the indignity of controlling us through taxing. Punishing us for behavior they do not “approve” of. Remember, these people are supposed to be representing us – not ruling us. Oh really?

They tax cigarettes and tobacco to discourage their use.

They tax soda to control how much we imbibe.

The list goes on and on but the sentiment is the same: if they want to discourage something – taxing it is a perfectly acceptable way to do so.

And still they do not stop. To make matters worse they impose regulations and laws to control everything we do and then make us pay for the privilege! They require licenses and permits and use taxes and excise taxes and, get this: “surcharges” – that is a tax on taxes.

Again, our constitution is a document intended on limiting government – not a document authorizing a “government gone wild”. The controllers have twisted things to their favor. I contend we put a stop to it and do it now.

Follow the money? We’ve been there and done that. Now that we see what they are doing with our earnings – we need to tell them to stop. Right now.

Here is what I propose:

Money is power. We have allowed the controllers almost unlimited access to our hard-earned money and they’ve used it to gain nearly unlimited power over us. This needs to stop. WE need to stop it. If we force them to stop robbing us they will quickly lose interest. The controllers’ only care about us citizens centers around the wealth and power they can extract from us.

Do not be fooled – the controllers will kick and scream like banshees. They will go on the attack. They will use every bit of their considerable resources – the resources they built from OUR tax dollars – to stop us dead in our tracks. They will deploy “legal” armies and illegal troops. They will use their owned media against us. We need to trust the One True Almighty God to back us up because, ultimately, it is HE who they defy. We are mere stewards of the gifts HE has granted us. We’ve been terrible stewards. It is time we corrected this wrong.