Fair warning. I didn’t ready the article linked to in the post. I didn’t have to.  That’s the point. The headline tells me all I need to know, but that’s not enough. Read the comments. The vast majority of those commenting didn’t need to read this guy’s drivel either. They know. They understand. Now all we gotta do is get the word out to those who don’t.

While she says she’s a practicing Catholic, somewhere in my mind I see herscreaming in an unholy terror when someone says God Bless you. Well, Nancy, get ready for this… I forgive you. Sure it’s what Jesus said to do…

Mark 11:25 And when ye stand praying, forgive, if ye have ought against any: that your Father also which is in heaven may forgive you your trespasses.

26 But if ye do not forgive, neither will your Father which is in heaven forgive your trespasses.

But even more than that, I’ve found it simply takes too much energy to hold unforgiveness against anyone. And if any soul on this earth is undeserving of my energy, you’re in the front of the line. 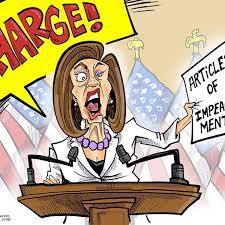 Forgiveness aside, I do not believe it is ungodly to unveil this woman’s evil so we can all see it for what it is. Surely much of what she has done, she’s done openly and, is quite brazen about it. In my last post I regaled my readers with her past failures – her utterly disastrous ACA effort, her impeachment proceedings and her January 6 committee. These are only the highlights of her unseemly efforts. To dig deeper, it is necessary to expand our view. Fair warning, these are things, once viewed, that cannot be unseen.

Now, I know this is hard for many of us. I, personally resist the urge to don a garlic necklace and hold up a cross whenever I hear her speak. I would, too, if I believed in such fairy tales. However you must, grit your teeth and listen to what Nancy Pelosi says. Take notes. Here’s the key to everything she says… when she speaks of anyone who opposes her, when she accuses anyone of anything, she is really talking about herself and her own hoards.

Inssurection? Nancy and company? Treason? Yep. Terrorism? You bet. As I pointed out in an earlier post, Nancy and her party are the true insurrectionists. They began in earnest when Donald Trump was first elected President. Her and her deep state cronies, along with other minor minions, were at the forefront of the Russian collusion hoax. January 6? Who refused National Guard protection? Can anyone actually believe they didn’t know President Trump would draw a massive crowd? Were they blind to his rallies? This is not to even suggest there was any intent at all on Trump supporters to break any laws whatsoever, but with crowds of these sizes, it would be wise to take all the help one could get. Yet, Nancy P, the person in charge of Capital security, refused. She might be on more solid ground accusing President Trump of insurrection had SHE requested extra hands and Trump refused but no, it didn’t happen that way, did it?

Now Ms. Speaker is accusing republican controlled states of trying to ruin democracy by passing legislation ensuring true and accurate counts of legitimate voters. What does she want instead? A voting free for all where anyone can vote whether they are citizens or not, or even whether they are in the country legally or not. Heck, she likely doesn’t care if they vote at all. If someone doesn’t want to vote, they’ll vote for them per ballot harvesting. I wouldn’t be surprised if she snuck in legislation paving the way for the dead to vote. It’s not like they haven’t voted democrat already for years – this would just validate those votes.

With everything going on, I’m wondering when she’s going to start accusing her opponents of insider trading. Maybe that is too close to home now that people are looking closely at her own stock trades. This is not to say Nancy Pelosi is corrupt. In fact she must be some sort of financial whiz considering her net worth tops $100 million. That is extraordinary considering her career of self public service. I just wish she’d use some of her financial genius to help balance the national budget.

As her career in politics extends for so many years, it would take volumes to account for all the damage she’s done to our nation, not to mention her current home state of California. At least I think she still lives there. Word is, she’s just bought new digs in Jupiter Florida to the tune of about $25 mil. Of course a Grrrgle search turns up loads of “fact checks” denying the report. So I did my own fact check just to see. What did I find? Funny you should ask. My results were inconclusive. Zillow reports a sale of a property at 429 S Beach Rd, Hobe Sound, FL 33455 for $24 mil on Dec 23, 2021. Property records (the Palm Beach County Appraiser system or PAPA) show no such sale at all to anybody. Ain’t that strange? It was not easy to find this search engine, nor all that simple to use but eventually I searched for ALL the properties in Palm Beach County sold in the last 90 days with the word “south”. I didn’t find any properties selling for that amount. None. Not even close. The closest sale was $2.5 mil. Next I performed a county-wide search of all large properties sold within the last six months. While I came up with 2068 properties (I went with $1 plus – big mistake) nothing showed up in the $22-$27 mil range in Jupiter. Nor did any come up with anything resembling Nancy Pelosi. Now there were some purchases in the name of trusts in that range. None in Jupiter. None screamed “Nancy Pelosi”. At this point such is pure speculation. As long as she doesn’t move next door to me (fat chance), I don’t much care where her living corpse rots.

Before she became the Speaker of the House, I’d never heard of Nancy Pelosi. Since that time she has proven herself as an effective democrat sycophant with a talent for forwarding the democrat, read socialist/communist. agenda. That said, she’s also been effective in proving what a train wreck her party’s platform really is. The thing to keep in mind, their agenda, like their proclamations are not their true goal. What she and her ilk are actually working towards is the complete and utter destruction of our Constitutional Republic. She really does want to move the nation towards “democracy”, i. e. mob rule. Once The Party controls every election without question they can then move, either covertly or overtly to autocracy.

As we say in the South, Nancy, Bless Your Heart. 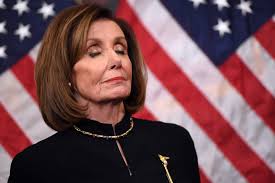 It is well past time to show appreciation for the Democrat’s legislative, political and, dare I say, spiritual leader – the Speaker of the House of Representatives… Nancy Pelosi. From her efforts to push through the ACA, the Affordable Care Act or Obamacare (maybe it should have been called Pelosicare) in 2010 to her overseeing not one but two successful impeachment efforts of Donald J.Trump to her forging ahead with the January 6 House committee, we Americans owe her a deep and heartfelt debt of gratitude.

From my past posts you may wonder if I the above is tongue and cheek. Not at all. Have I experienced a new wokeness? A change of heart? No. Have I gone totally nuts? Well… that’s beside the point. The fact is I mean it and I mean it sincerely. You see…

What suddenly dawned on me was the true value of all Speaker Pelosi has accomplished. During her reign as Queen of the Democrats she has proven beyond any shadow of a doubt how totally inept her party is. The ACA was disastrous. Even after it was rendered somewhat benign, it continues to spew out toxic puss on our nation’s citizens. While she succeed in impeaching President Trump twice, her efforts only highlighted the desperation of her party to be seen as relevant. She failed. Miserably. In both cases, her impeachments turned out to be a freak show with her own prosecution supplying the freaks. It was worse than Geraldo’s opening of Al Capone’s vaults. It was more disappointing of Dallas’ dream season. There was no fizz in the can at all. None.

This brings us to Nancy’s January 6 committee debacle. It has now been over a year since this event. She still insists on calling it an “insurrection” even though no one has uncovered enough evidence to even charge anyone with insurrection. This from a Department of Justice that loves nothing more than to accuse now and scramble for evidence later, now matter how long an accused, though innocent until proven guilty in a court of law, rots in a jail cell – often in inhumane conditions unstable for a rabid dog. Nobody with a sliver of conscience denies laws were broken that day. Unlike scores of prosecutors scattered across our nation, nobody is demanding anyone be released without significant bail or not prosecuted at all. We citizens, support, nay demand justice be served in all cases. Justice. Not persecution. There is a difference.

Yet Nancy Pelosi’s January 6 committee once again proves how inept she is as a speaker, possibly as a human being. As the lead representative for her party she is the poster child for what is wrong with the democrats. So, as a citizen who embraces our Constitutional Republic and our God-given freedoms enumerated by our founding document, I applaud Nancy Pelosi. We only need to open our eyes to see her “accomplishments”. Then we can understand how brilliantly she contrasts the principles of our nation.

Thank you Nancy Pelosi. You are a shining example of everything those of us who love freedom do not want in our representatives. If there ever was a silver-tongued serpent spewing out delicious sounding phrases entirely impregnated with deadly poison, it would look and sound exactly like you.

Note: this is the second of two parts of my examination of Nancy Pelosi and her reign as Queen of the Democrats. Stay tuned for more.