Yeah, well, so shoot me with a fully-automatic single shot nerf gun… before it’s illegal here in VA, I tend towards non-traditionalism. If memory serves correct, the subject here could be a rephrase of an old Chinese curse… “May you lead an interesting life.” Why is this a curse? Apparently “interesting” is or was considered the antithesis of “peace and tranquility” – the desired standard for a good life.

Well, I’m not so much as invoking a “curse” as much as I am suggesting how I see the current trend going. Lot’s of things going on both here at TheLibertyCoalition.org and elsewhere. One only has to look at some news headlines to ascertain this so I’m not making any psycho, er, psychic predictions here.

I don’t plan on posting much today as I have other things needing attention so I’ll leave you with this: 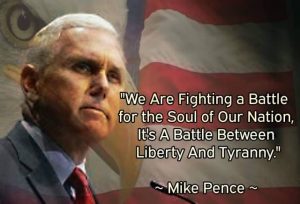