Thinking about the “how” of reclaiming our birthright – our constitutional republic and limited government is something I find rather daunting. Why? In a word… liberty.

To be true to liberty one must accept the idea that your concept of liberty does not necessarily agree with mine. I am good with this but things get really messy as the numbers of citizens expand. You’ve been in a large room full of people all talking at once. This is your snapshot of what liberty would sound like if it could talk. Yeah. That’s it. Messy.

So how do we reconcile all of this? How do we make a coherent whole from an incoherent cacophony of voices? First and foremost we have to agree on one thing: our constitution rules. It is the law of the land. If we forget this again, we will lose – lose our nation and lose ourselves. Second, we need to embrace the idea of our republic. As a republic we elect representatives who are then charged with consolidating the will of all those represented. We must realize we will not always agree with the individual decisions made by our representative. This is where accountability comes in. We must keep tabs on our representatives and make them account for their actions on a regular basis. Finally we need to stay diligent about limiting government. Pandora must stay in her box. We need to throw that key away. We cannot, must not ever allow government to again expand beyond the constitutional framework. We’ve seen the disastrous results of this. As of now we are on the verge of losing our nation to a cabal of controllers. We cannot be fooled again.

If you are one of those neatniks, you are not going to like this at all. We need to decentralize. Home rule should be our new buzzword, er, phrase. This means we can no longer accept “mandates” from state or federal governments. It is not the place of the state or federal government to dictate to us. Again, the constitution is the law of the land. The term “Federal Law” should never again be held up as the “be all and end all” or the last word on anything. Home rule should override everything but the constitution. Hence our state constitutions cannot conflict with the federal. Should such a case come up, the state in question would have two choices – either conform to the federal constitution or leave the union. Yes. Leave the Union. No more should the “Union” be considered mandatory. This is the root of the problems we see today.

Of course things are already a mess. Our nation is a train wreck. Our representatives has spent us into oblivion – leaving us in a ocean of debt. 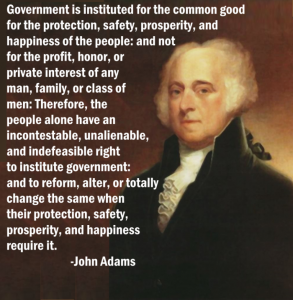 We are buried under mountains of liberty-stealing laws and regulations. Rogue agents are everywhere, literally stealing from citizens under the guise of “asset forfeiture” and other means, spying on us, hauling us off to who knows where and likewise disrupting our peaceful lives. Meanwhile criminals run rampant in urban areas. Thousands of homeless gather in tent cities – or just make do with whatever in the streets. Often, efforts to help any of these homeless results in charges against the good Samaritans. Other good people are hauled into courts and/or off to jail for “crimes” as insignificant as using the wrong pronoun or refusing to submit to the demands of “customer”. Need I go on? Have we had enough of state and federal meddling yet?

Eventually things will calm down but for now, getting a handle on this mess is likely to look more like chaos. We all want different things and have different ideas on how to reach what goals we can agree on. The important thing is getting started. A body at rest tends to stay at rest. A body in motion tends to stay in motion. We need to move, to act. As citizens we have rested far too long.

Here in Virginia, we are off to a good start. The attack on our 2A rights galvanized us into action, but things are just getting started here. The controllers seem bent on moving forward with their plans to strip us of our liberty. All signals from the ground level indicate we will not back down. My own hope is we citizens not only force a retreat but use our momentum to further restore long longs liberties. Why stop at our Second Amendment rights? The controllers certainly drew no such line. They want it all. Well guess what? So don’t we. The difference is our liberty belongs to us. It is ours to claim.

Yes, reclaiming our liberty and our birthright will be messy. It is not likely to be worse than what we see now. Either way, we own it so we might as well take possession.