At first these two articles appear to address different topics. Rather, they are two sides of the same coin – an ironic analogy considering. 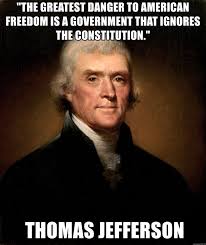 First up – Brandon Smith of AltMarket.com considers the current panic, then interpolates these into future possibilities. While many details never play out, he often demonstrates an uncanny accuracy about the general direction of events using this method. For example he predicted Trump’s presidency long before many took him seriously. On the other hand, Smith also predicted some serious economic difficulties that have yet to happen. Only a Godly prophet can reveal the future and such is the purview of God Almighty Himself.

Brandon does however offer some interesting insights on what could happen and how many, including himself, might respond. Judging from the heavy-handed response to some in government, it appears he is not far off. Even our nearby large town, local government dictated what restaurants could remain open and how to conduct business. I’ve posted before on the wild-eyed power grab of the Champagne IL mayor and of those politicians who reportedly declared a moratorium on evictions.

The other story is historical – reflecting on FDR’s gold grab in 1933. The light that came on for me was this was done before ANY national gun laws were passed. For the most part citizens were fully armed with free and legal access to just about any firearm – including fully automatic weapons. And yet Roosevelt was able to literally confiscate the wealth of our nation. Think about that if you will.

Is Brandon Smith correct about  the impact on our nation’s as well as the world’s economy? I cannot speak for his assessment of the severity of such, but the danger is here. Not “there”… HERE, NOW. Several states have shut down entirely – this means no production, no transactions, almost no economic activity at all. It’s been said if California were a country, it would boast the fifth largest economy in the world. Economic activity there is now reduced to one of the poorest nations on the planet. Ouch. And it is just beginning. The bottom line is the economic impact of this virus has already affected millions of people around the world. The larger the economy, the bigger the impact.

Both Brandon Smith and I have postulated this event will give the globalists a platform for further consolidating and centralizing power. While pure logic totally contradicts this concept – in a word – concentration kills – such will be ignored by the power-crazed “elites”. Remember their mantra: “Never let a crisis go to waste.”

Again, WE citizens of these United States for America need to take back the power and authority bestowed upon us by Almighty God. WE need to put a stop to this. We need to shut this nonsense down and keep it down. Controllers control, this is what they do because it is their nature to do so. Understood. However, just because their nature is to control this nature does not confer the authority to assume  control. The authority is ours as citizens and we must accept it, claim it and use it wisely. Almighty God has been exceptionally patient with us but this cannot last.

No matter how this all pans out – we still need to decide whether we are to claim and reestablish our birthright – our constitutional republic, limit government and take back our nation as citizens or resign ourselves to being subjects to an elite who usurped our God-given authority, stealing our power and our liberty.

This is up to you and only you.

Meanwhile, here are the articles referred to before:

From Quarantine To Tyranny To Rebellion: Where Is The Line In The Sand?

by Jacob G. Hornberger  The Future of Freedom Foundation