This just in from Maryland…

Pro-Gun Software Developer Was Asleep at Home When Police Killed Him in Firearms Bust, Family Says

A later story from The American Conservative includes a sketchy narrative from the Montgomery County Police. Nothing in what they have to say for themselves in any way justifies taking this young man’s life.  This is government gone wild – not the Feds, not a state government but on a county level. Granted the county’s actions will be blessed by both state and federal “authorities”. It cannot and will not have my blessing… ever. It should not have yours either if you have any sense of right and wrong.

This needs to stop and by “this” I do not mean JUST rubber-stamped death squads invading the homes of citizens. I mean the rampant disregard for ALL of our God-given rights. Over decades we citizens have turned the other cheek while government entities at all levels chip away at what was once sacred and is still sacred. Yes. Sacred.

When God Almighty bestows a Holy Gift upon a person – that gift is sacred. Our rights are gifts from a Holy Almighty God. They are sacred. They need to be held as such. No man, no court of law has any authority whatsoever to soil what God Almighty has so generously endowed us with. We, not “they” are responsible for what God gave us. WE are the stewards of these gifts and WE must hold those who would abuse them accountable. 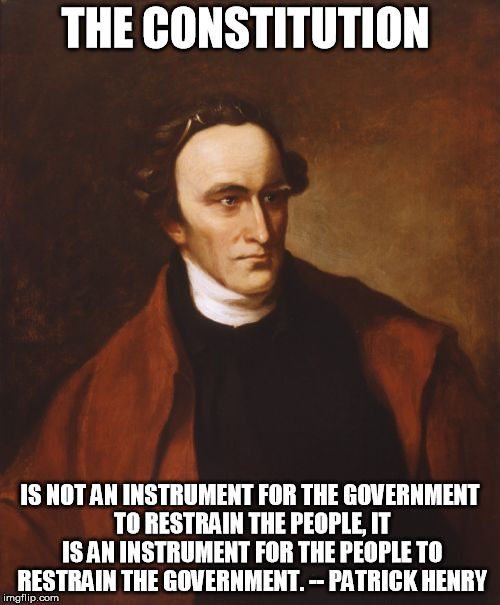 The abuse must stop and stop now. No more politics. No more wiggle room. It stops. Read the Bill of Rights – the first ten amendments to our constitution. We can start with those. Every single item listed here must enjoy strict adherence. If we err, let is err in favor of the citizen rather than any government entity.

Congress shall make no law respecting an establishment of religion, or prohibiting the free exercise thereof; or abridging the freedom of speech, or of the press; or the right of the people peaceably to assemble, and to petition the Government for a redress of grievances.

A well regulated Militia, being necessary to the security of a free State, the right of the people to keep and bear Arms, shall not be infringed.

No Soldier shall, in time of peace be quartered in any house, without the consent of the Owner, nor in time of war, but in a manner to be prescribed by law.

The right of the people to be secure in their persons, houses, papers, and effects, against unreasonable searches and seizures, shall not be violated, and no Warrants shall issue, but upon probable cause, supported by Oath or affirmation, and particularly describing the place to be searched, and the persons or things to be seized.

No person shall be held to answer for a capital, or otherwise infamous crime, unless on a presentment or indictment of a Grand Jury, except in cases arising in the land or naval forces, or in the Militia, when in actual service in time of War or public danger; nor shall any person be subject for the same offence to be twice put in jeopardy of life or limb; nor shall be compelled in any criminal case to be a witness against himself, nor be deprived of life, liberty, or property, without due process of law; nor shall private property be taken for public use, without just compensation.

In all criminal prosecutions, the accused shall enjoy the right to a speedy and public trial, by an impartial jury of the State and district wherein the crime shall have been committed, which district shall have been previously ascertained by law, and to be informed of the nature and cause of the accusation; to be confronted with the witnesses against him; to have compulsory process for obtaining witnesses in his favor, and to have the Assistance of Counsel for his defence.

In Suits at common law, where the value in controversy shall exceed twenty dollars, the right of trial by jury shall be preserved, and no fact tried by a jury, shall be otherwise re-examined in any Court of the United States, than according to the rules of the common law.

Excessive bail shall not be required, nor excessive fines imposed, nor cruel and unusual punishments inflicted.

The enumeration in the Constitution, of certain rights, shall not be construed to deny or disparage others retained by the people.

The powers not delegated to the United States by the Constitution, nor prohibited by it to the States, are reserved to the States respectively, or to the people.

Our birthright as citizens of this nation is our constitutional republic – the authority and power to rule is in our hands. We need to step up and take ownership. Then we need to hold those entrusted with representing us and those employed by us accountable. We need to, as a nation of citizens, put a stop to those representatives and employees ignoring our God-given rights. This is our place. This is our nation. This is our responsibility.