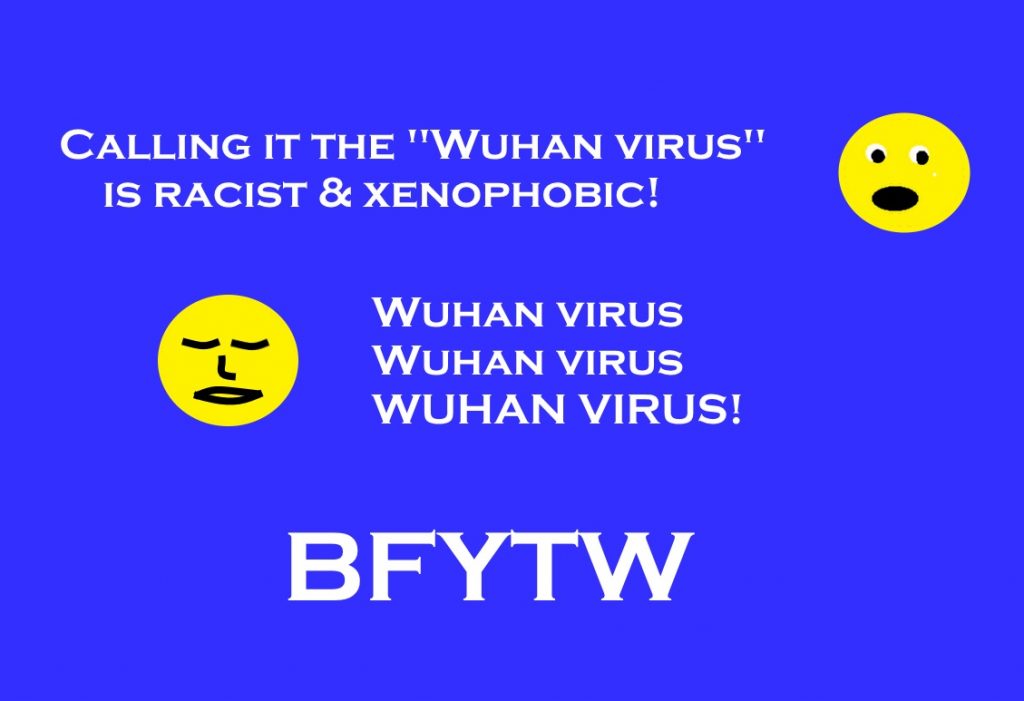 That’s right. Call me racist, xenophobic whatever. Meanwhile I’ll call a spade a spade and the Wuhan virus, the Wuhan Virus.

Could The Wuhan Virus Spirit in Globalism?

Already there are theories postulating about the Wuhan Virus as a vehicle for Globalist expansion. Some even suggest or outright charge the whole “pandemic” is a Globalist venture. True? Heck, I don’t know. Does it really matter? In a way it would help to know but in the end, the Globalists will use this as a means to expand their reach if possible. How can I say that with such confidence?

“Never let a crisis go to waste” – Rahm Emanuel. We all know him as a Nobama crony but this one statement will likely be his legacy as it shines like a diamond in the sky as a Globalist mantra.

Of course the Globalist answer to everything is Globalism, This is merely an extension of the well-worn “progressive” concept as their answer to everything was more government. Just one more “program” and the world will be perfect. This is the falsehood promised again and again. Okay, so maybe nobody promised perfection, per se, but certainly “internal improvements”, “progressive”, “socialism”, “communism” and “globalism” are all bricks in the path to some man-made “utopia” where everything is centrally controlled.

Already, Bernie Sanders has called for the nationalization of health care in the face of this “crisis”. No surprise there, “The Bern” has long advocated nationalizing just about everything but his own wealth. He is not alone in this. Other globalists – because, again, let’s face it, the end-all, be-all of government control is a single central government, run, of course, by our betters – okay so other globalists are also taking the opportunity to seize control of anything not nailed down and many things that are nailed down.

Doug “Uncola” Lynn at The Burning Platform put it another way…

They Should Have Called it CONTROLavirus 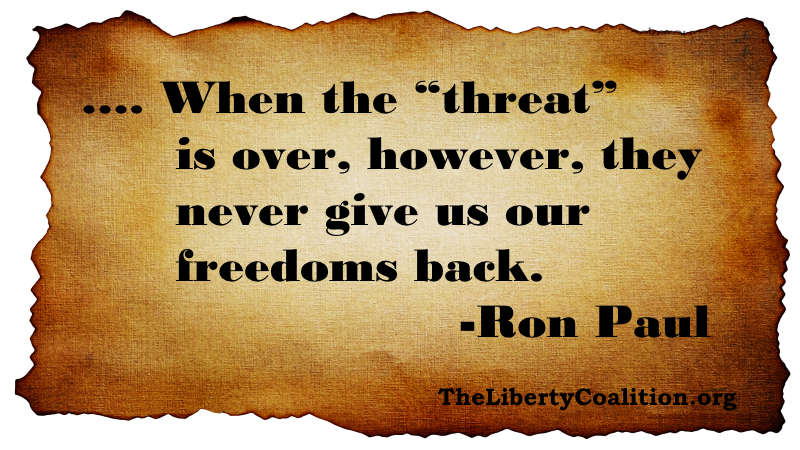 …. When the “threat” is over, however, they never give us our freedoms back. Ron Paul “The Coronavirus Hoax”

Over at LewRockwell.com you’ll find a similar perspective…

Panic Will End but Tyranny Will Not  By Gary D. Barnett

And John Whitehead at The Rutherford Institute offers this:

Detect, Deter and Annihilate: How the Police State Will Deal with a Coronavirus Outbreak 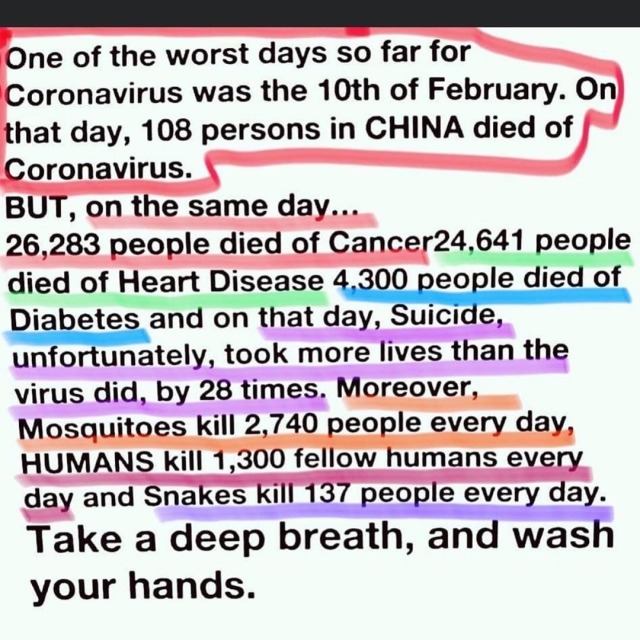 Is the WUHAN virus real? I don’t know. What IS real is the concerted effort by media and government entities to spread fear and panic faster than any virus.

Real or not we can weather this storm. When the tempest passes we need to deal with the aftermath. No matter how many die from this, no matter what happens to the economy, regardless of any other factor – the controllers will do everything in their power to garner more power – to gain more control. THIS is the real danger of the WUHAN virus!