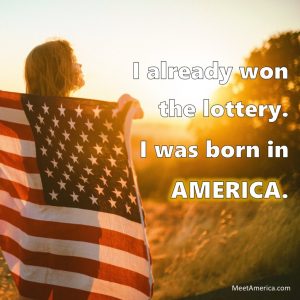 Fresh in my mind is a debate on the Bayou Renaissance Man. You can read the post and the comments for yourself. The op – Peter Grant is a man I find often reasoned and thoughtful. His post here is as I would expect of him. Note he is a naturalized citizen, thus he can claim no “birthright” to our constitutional republic. That said, even his right to liberty is a gift from Almighty God. As far as his legal standing is concerned – spiritually speaking – he has every bit as much right as any other citizen in this nation. My point here is while the term “birthright” specifically means someone who has a right simply by being born with it, such does no preclude one who has earned his/her place in our nation. If anything, I’ve found most naturalized citizens tend to take their citizenship far more seriously than those of us born with the “silver spoon” in our mouths.

Onward. While I did not read all of the comments I got far enough to discern the part of the debate I’ll address here: Is the current “lockdown” status existing in much of our nation constitutional? From my perspective, the answer is absolutely not. Let’s explore.

My first and foremost question is: by whose authority are these lockdowns decreed?

In every case, some elected, public official waves their magic… wand and poof! Suddenly they become totally and absolutely in charge. Or so it seems.

Here in Virginia, governor Ralphie, claims his authority by statue passed by the state assembly and, of course, signed by a sitting governor. Well, that’s that then… right? Not in my book. Consider and extreme example.

Suppose the Virginia Senate and Assembly pass a bill with, say, a 100% vote in both houses. The governor immediately signs the bill into law. The law gives any group of five or more citizens the authority to lynch anyone found molesting a child under five years of age on the spot. The only criteria is the the molester must be caught in the act – with his pants down… so to speak. Pretty simple. Would this be legal? No. We all know why.

Even someone as despicable as this must have due process. We cannot skirt the constitution no matter how abhorrent the crime. My point is simply passing a law does not make it constitutional, thus the claim of “It’s the law”, is not sufficient.

Now allow me to frame my previous statement in light of today’s headlines. We cannot skirt the constitution no matter how frightening the threat. We just cannot allow this to happen. There is no “pause” button on the constitution. Furthermore there is no need.

We can argue the “science” all day. The quotes are there because right now even the term “science” is up for grabs. So far science has produced a dud. As a matter of fact, the science followed by those who are at the headwaters of this debate – those controllers who want to lock us all in our rooms – is questionable at best. Is the “herd immunity” theory any better? Who knows? I sure don’t. So can we just stipulate any science involved here is more conjecture than a sure thing? Let’s move on from there.

Whether the response to this pandemic is good, bad or just plain “iffy”, the devastation left behind is just now starting to show. As bad as things look now, they are likely to get a lot worse. Even so, the citizens of this nation have mostly cooperated even when the “orders” are just plain stupid. Stupid as in “while sunshine kills the virus, it remains illegal to step into the sunshine because… virus.”. Only a politician could embrace such horsepucky.

I am certain the citizens of this nation would have responded responsibly without draconian decrees. What if I am wrong? Well, here’s where things get interesting. There’s this thing called a “tort”. A tort is a civil wrong. And there are also these things called a “criminal law”. You see, these same legislatures could make it a crime to infect someone and someone infecting another could be held financially liable.

Is this ideal? Far from it. I’d day such would be a nightmare to enforce and may well be tossed out of the courts anyway. Wait a minute… does that mean personal responsibility for spreading a virus could be held… unconstitutional? So what’s the answer?

One way or another this virus will run its course. Either way we are left with the aftermath. No matter how this pandemic was approached we would all end up about where we are now… questioning the effectiveness of the response and dealing with the details – all the while arguing about who is right about what. Like any of this will get us anywhere.

Back to the constitutional question, we are either self-governing or we are not. None of us were taught the civics lessons we needed to fully deploy a truly constitutional republic. Long before any of us were born the politicians divided up the citizenry like so much meat.

I’m glad Virginia’s 2A Sanctuary movement was mentioned. To me this may be one of the most significant events of my lifetime. Is this due to the results of the movement? No. The results, while satisfying encouraging as they were, proved ineffectual. No matter. There was a great civics lesson here for all us citizens. We can assert our authority and when we do, we make things happen. Granted, what “happened” turned out to be not so much BUT – this was far more demonstrative of our inherent power and authority than most anything in our lifetimes! It shined a light upon a path. The question now is… will we follow that path?