You need not guess, I speak of the robed thugs who make up SCOTUS – the Supreme Court of the United States.

This from Fox News: Supreme Court rejects challenge to limits on church services  . Blah blah blah. You know what guys? Thanks for your “opinion” but no thanks. Now for the REAL news…

I, personally, REJECT this SCOTUS opinion.

The fact is, this is far from the first time SCOTUS has sided with the controllers. It won’t be the last. As citizens, we’ve been conditioned to accept them as the last word. Even in our language SCOTUS rules. They. do. not. WE rule. WE are self-governed. Once again it is up to US, the citizens of this Constitutional Republic to take our rightful place and overrule the controllers. 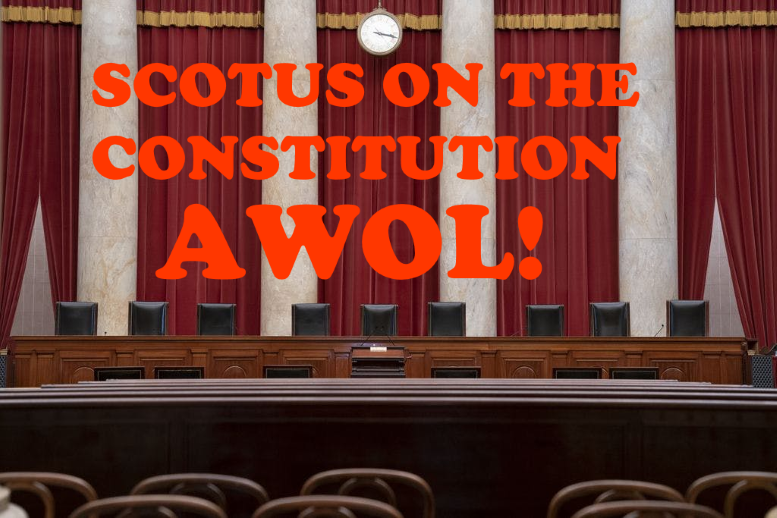 With no disrespect intended for those few in the group who actually uphold the constitution – SCOTUS can bite me. YOUR ONLY JOB is to ensure the other two branches comply with constitutional limits. Period. ANY doubt should ALWAYS be decided in favor of the citizens. Is this clear enough? If not, see me after class. Yes, I AM speaking you Justice Kennedy!

Do not think I’m letting the rest of them off the hook. As Chief Justice, Kennedy is the leader of the gang. Thus I expect him to lead the others in adhering the the absolute principles of our Constitutional Republic.

Keep in mind guys and gals, your “lifetime” appointment is still subject to impeachment. While such a thing may seem like a pipe dream to you, let me remind you, a mere six months ago, the idea I’d have to write something like this never crossed my mind.

When are WE going to step up as citizens, take up the reins of stewardship, and put the controllers in their place?