From an unnamed source… 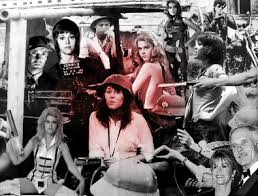 In what can only be described as a brilliant political move as the 2020 Presidential Race heats up… Team Biden announced welcoming the illustrious Jane Fonda to their fold. Ms. Fonda, affectionately known as “Hanoi Jane” by her beloved military admirers – is best known by them for stepping out of her safe acting career to encourage peace and harmony among the combatants in Vietnam. Fonda bravely crossed the line into North Vietnam at the height of the conflict to demonstrate how the communists are truly loved – especially by those in the entertainment industry.

Fonda set an example for all as her smiling face was photographed atop an artillery gun used to blast U.S. Troops to pieces. Her unselfish act showed the world how she truly felt about America and those who fought for her right to openly demonstrate her beliefs.

After Vietnam, she married Tom “those laws are for them, not for us” Hayden – a strong supporter of reasonable gun legislation designed to gut that pesky Second Amendment. He will always be remembered for his herculean efforts to strip law-biding citizens of their unfounded beliefs of their right to keep and bear arms.

Team Biden – a strong critic of President Trump’s disdain for anything military has stepped up to show how much they care about our men and women in service while embracing the ideals of Fonda and her untiring stance against those disgusting fools who call themselves “patriots”. “Few people come so close to matching the foundations of our platform as Jane Fonda – her iconic photograph sitting on that artillery epitomizes the very core of our campaign.” stated an unnamed source.

While some may see this as a risky gambit, savvy politicos find themselves either nodding their heads in agreement or shaking them in wonder. The only words this unbiased author can muster is “unparalleled political genius”. It is now obvious that despite rumors about “Slo Mo Joe” showing signs of senility or serious brain malfunction, Joe Biden, in one fell swoop, has proven he is in firm control of his faculties and this campaign. 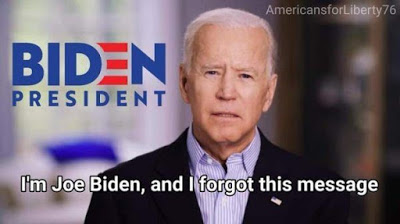