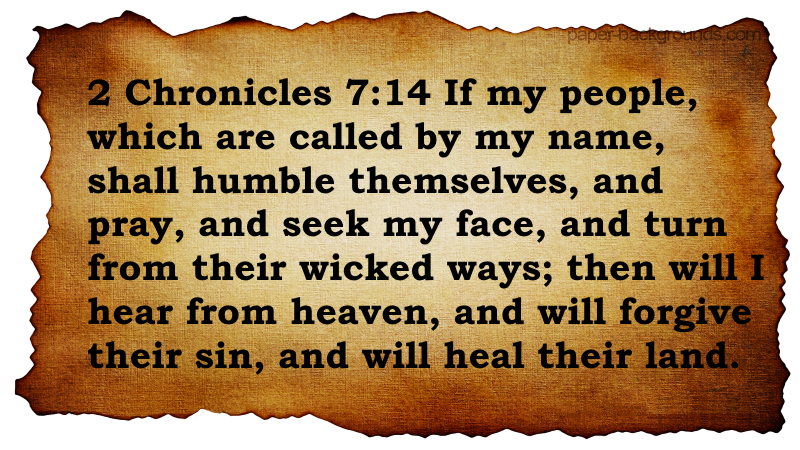 Every family has secrets. Some come out. Some stay hidden forever. No matter what the secret, chances are Mom knew. She may not know what. She may not have any details but she knew something was wrong. She might ignore it. She might deny it, but she knows something is amiss. Fast forward to the 2020 election.

We are all “Moms”. We know this election stinks – no matter what side of the political spectrum you side with. Maybe you want to hide your head in the sand. It won’t work. The stink pervades everything. Start with the very basis of the voting. First the decree that “everyone” has the right to vote. This is dishonest. No, “everyone” does NOT have a say in our nation’s business. The right to vote is conferred with citizenship. Period. This is the very basis of our constitutional republic. In almost every other instance I will defend the right of someone to refuse to present “papers”. When it comes to voting – it is essential ONLY citizens are voting and thus must present proof of citizenship in the form of a valid voter id.

As for the claim require a voter id somehow discriminates against the poor in our nation – get real. The poorest in our nation qualify for financial help from our governments – local, state and federal. While I personally feel this, in itself, is entirely beyond the framework of our constitution, the simple fact is, our governments take from those who produce and gives to others. In the process, they must identify themselves. In other words – the poorest in our nation are by no means without the means to produce a valid government id. Sorry but that “argument” holds no water.

Of course the radicals on the left go even further by claiming everyone has a right to vote regardless of citizenship. This is absurd. They may as well claim the oceans are really made of soda pop. Of course one must not drink the ocean with a straw but otherwise… My point, for those who need the word “cat” spelled out is, anyone can claim anything but claims do not make anything so.

The bottom line is: not only did the cheaters cheat and cheat big – but they open defy even any sense of the rule of law. This is to the point where they even deny any wrongdoing at all. All of a sudden they are acting like there is no possible way there could be any funny stuff about this election. This after nearly four years of “investigating Russian collusion”. Why the sudden turn about? We all know why – because their man came out on top, that’s why. So what do we do about it?

At the time of this writing the state of California has certified their election, giving Joe Biden enough electoral votes to win the presidency. Is that it then? From my understanding, no, as legal challenges concerning the validity of certain electoral votes remain. I expect the Supreme Court will eventually weigh in. That said, as of now, it appears Biden and Harris could be inaugurated in January 2021. What then?

There’s been talk of war on both sides. The left has been waging guerrilla warfare for years now, lately in the form of attacks on police, riots and other violence upon our nation’s citizens. Their propaganda war has been in full force for an even longer period of time – decades, actually. For the most part, those of us on the right have taken to open and legal means to elicit changes – voting, truly peaceful protests and court challenges, among other things. While one could point to a handful of instances attributed to
right-wing actors, those are not only far and few between but also quickly denounced by nearly everyone on both sides of the issue. You cannot say the same for violence perpetrated on the left. Is this what our nation will resort to? At least one observer believes we are already involved in a civil war. His points are well taken. The problem with this is nobody will win such a conflict. Either the left will destroy our nation to erect an new openly communist state or the right will devastate the land in an effort to save it. It is a no-win situation. Is there an alternative? I believe there is only one way.

We Christians must repent and turn to God Almighty and His Son, our Lord Jesus the Messiah, for the salvation of our nation. It is the only way. Scoff if you will, but in doing so, you will be denying the Lord that bought you with his precious blood. Our nation is in this current sorry state because we turned to the world and subsequently turned our backs to God. 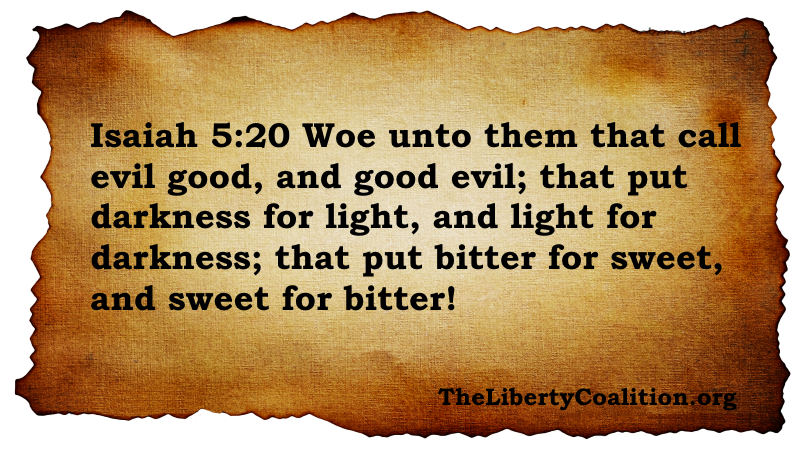 Isaiah 5:20 Woe unto them that call evil good, and good evil; that put darkness for light, and light for darkness; that put bitter for sweet, and sweet for bitter!

We see these things happening before our very eyes! I say to you, you can either renounce this evil or you will be counted with those who do such things – whether or not you join them. Isaiah was not finished:

Isaiah 5:22 Woe unto them that are mighty to drink wine, and men of strength to mingle strong drink:

24 Therefore as the fire devoureth the stubble, and the flame consumeth the chaff, so their root shall be as rottenness, and their blossom shall go up as dust: because they have cast away the law of the LORD of hosts, and despised the word of the Holy One of Israel.

25 Therefore is the anger of the LORD kindled against his people, and he hath stretched forth his hand against them, and hath smitten them: and the hills did tremble, and their carcases were torn in the midst of the streets. For all this his anger is not turned away, but his hand is stretched out still.

Do not forget this was prophesy specifically unto Israel and not onto those of us in this Grace Administration. Even so, can you be so confident and believe you are immune? Seriously? Look around you!

Verse 24 Therefore as the fire devoureth the stubble, and the flame consumeth the chaff, so their root shall be as rottenness, and their blossom shall go up as dust

Is this not happening before our eyes? Do you not see our nation crumbling? LOOK around you! God Almighty will not protect this nation simply because some of us who claim Christ as Savior remain here! Look at China, Russia, Venezuela, Taiwan, Iran – the list goes on and on. If we want our nation saved – if we want to reclaim the blessings He bestowed upon us – we MUST ASK!

Simply asking is not enough – consider the context of the above verse:

James 4:2 Ye lust, and have not: ye kill, and desire to have, and cannot obtain: ye fight and war, yet ye have not, because ye ask not.

3 Ye ask, and receive not, because ye ask amiss, that ye may consume it upon your lusts.

There is more to this than these two verses. I urge you to read James in its entirety. Here are a couple more highlights.

James 4:7 Submit yourselves therefore to God. Resist the devil, and he will flee from you.

8 Draw nigh to God, and he will draw nigh to you. Cleanse your hands, ye sinners; and purify your hearts, ye double minded.

James 5:16 Confess your faults one to another, and pray one for another, that ye may be healed. The effectual fervent prayer of a righteous man availeth much.

James 5:17 Elias was a man subject to like passions as we are, and he prayed earnestly that it might not rain: and it rained not on the earth by the space of three years and six months.

Ask yourself… what will war bring us other than a broken and destroyed nation? Would you rather our land be restored? Those who promulgate evil yearn for our destruction. This is not speculation – they have said as much over and over again. Their minions have literally burned large parts of our nation’s cities. This is the path they would lead us on. We must resist but our resistance must be Godly if it is to succeed.

2 Chronicles 7:14 If my people, which are called by my name, shall humble themselves, and pray, and seek my face, and turn from their wicked ways; then will I hear from heaven, and will forgive their sin, and will heal their land.

As Christians, in this nation and all over the world, we’ve turned away from God Almighty and turned to our own lusts. Many no longer believe God can or will step in. We’ve walked so far away from God, many no longer believe God has the power to change the course of their own lives, much less the entire nation. Many do not believe God parted the Red Sea, brought down the walls of Jericho or raised the dead. If God Almighty cannot raise the dead then did He then not raise Jesus from the dead?

1 Corinthians 15:12 Now if Christ be preached that he rose from the dead, how say some among you that there is no resurrection of the dead?

13 But if there be no resurrection of the dead, then is Christ not risen:

14 And if Christ be not risen, then is our preaching vain, and your faith is also vain.

15 Yea, and we are found false witnesses of God; because we have testified of God that he raised up Christ: whom he raised not up, if so be that the dead rise not.

16 For if the dead rise not, then is not Christ raised:

17 And if Christ be not raised, your faith is vain; ye are yet in your sins.

18 Then they also which are fallen asleep in Christ are perished.

19 If in this life only we have hope in Christ, we are of all men most miserable.

I know there are many among us who believe. It is you whom I now call upon to turn to God in prayer. Pray for His deliverance. Pray for Almighty God to step in to save our nation. Repent of whatever secret sins you’ve been hanging on to and ask for forgiveness. You know He will forgive you. Our nation can be restored but it will not happen by taking arms.

One more admonition – do not think just because I quote the “Old Testament” so frequently, these words have no application today. As I have shown, the state of our nation and the world speaks loudly. However there remains other indications of my words. Below are just two songs written by modern artists. One of these – Rick Pino – proceeds his song with what is described as a word of prophesy. The Old Testament proof of a prophet was whether his words came true – 100%.