This insanity has to stop. Let’s face it, the world has been nuts for a very long time but things these days makes the past few years look almost pastoral. 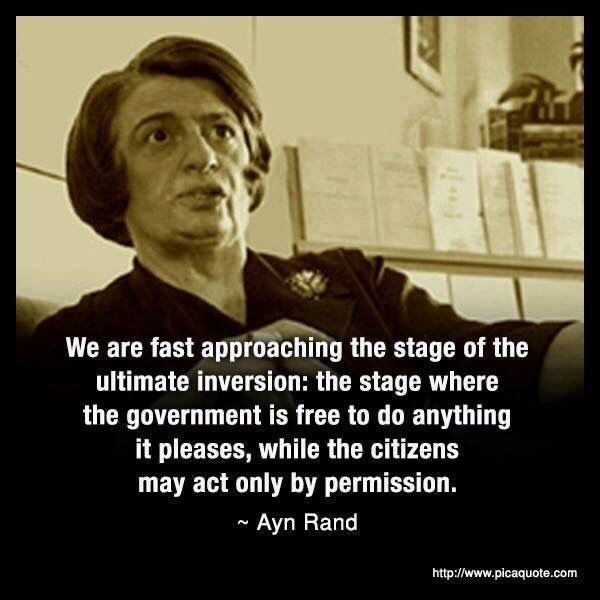 This morning I read the headline of Fox stating President Trump claims total control over re-opening the economy. Apparently he never read Atlas Shrugged. You see… the controllers’ grasp on us citizens is just as much fantasy as the dreamworld they’ve built for us.

Ironically, the “woke” left are actually wandering around in some sort of Matrix scenario. Maybe we all are, but that is not the point.

The point here is while I will not take for granted Fox quoted him accurately, Trump has total control over nothing really.  All any of us can control is our own selves. Nothing more. Nothing less. Sure we can put a knife to someone’s throat and otherwise threaten death or harm for non-compliance but one can still choose death. It is the biggest, baddest FU anyone can give but it IS an option.

Also, I take exception to Ayn Rand’s statement. While our governments may believe they are “free” to do anything they want and while they indeed act on those beliefs, the reality is they are not at all “free”. They are literally taking liberties. We are literally handing those liberties to them. We can stop at any time but we have to MAKE the controllers stop. WE have to enforce the constitution. WE need to take back control. What we cannot do is sit back and wait for the controllers to “give back” what they have seized. It will not happen.