Today I was a bit surprised to see a dramatic jump in the daily death toll attributed to the China Wuhan virus. Should we worry? I don’t think so. Here’s why…

For the record, I went back to work on Monday. Part, only part, of my reasoning was it seems the curve is flattening. This indicates the Administration was correct about the peak. My thought at the time, and so far the figures bear me out, was if the peak of new cases was expected in two weeks then we should be AT the peak of the spread of the virus 10-14 days prior. So, at least as far as that part is concerned, my reasoning seems to have held some water. Sadly, that may be where my “brilliance” ends. 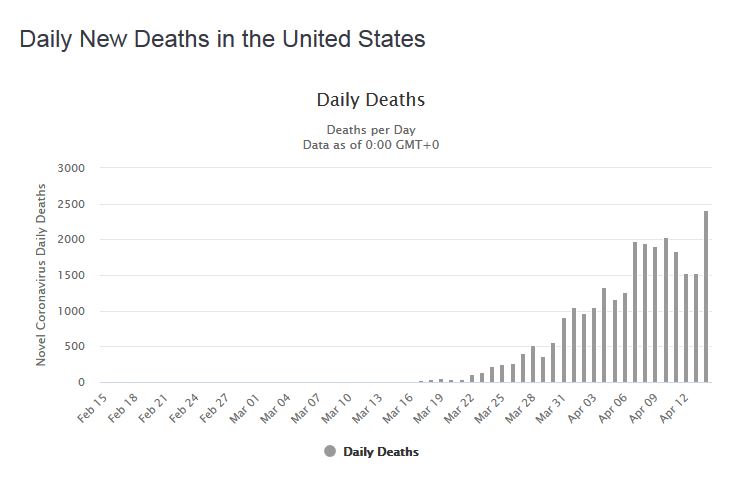 At least one virologist claims all the precautions we are taking are exactly wrong. What we should be doing instead is living our lives as normally as possible. This, he says, will help us develop a “herd immunity” as  a population. I do see his point.

Yet another scientist says the death rate for this virus is very low – much lower than expected. I’ve seen other reports saying the numbers are pumped up by attributing nearly everything to this virus. Would this come as a surprise?

Then there are some who will say… “when your number is up – it is up”. Not everyone who says such is Christian or even believes in God. We all die. We all get sick from time to time. I’ve suffered from a few viruses that were pretty bad, but I lived. Thus is it beyond the scope of sanity to ask… is all this other stuff really worth it?

I, for one, have had enough. Virus? Bring it on. We now have at least a chance to treat it. From the reports I’ve seen when treatment works, it works very well. Many of the deaths we’ve seen thus far are from those who went untreated. All it all, this virus is no worse as any other. In fact, horror stories aside, it may be statistically far milder.

As far as the spike in today’s numbers, I’m  thinking it means we did, indeed, reach a plateau ten days ago. This is around when the peak in new cases appeared. Now those who were confirmed are dying. Were they treated or not? We may never know. 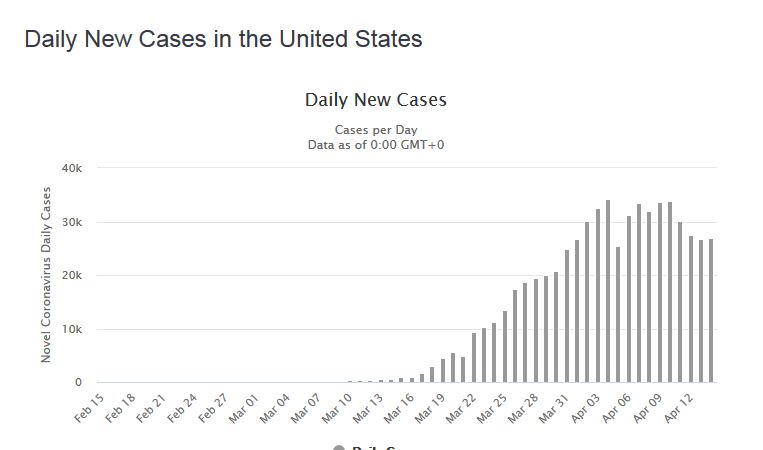 Should WE the people decide on the whole, enough is enough and resume our lives… or better yet, reclaim our birthright – our constitutional republic –  by wrenching out of the grasp of the controllers, there is a good chance of seeing more spikes in the virus. Yes, certain groups are working on a vaccine. I am not sure I trust any of them. I am certainly opposed to the idea of submitting to some “papers please” scenario to prove my viral status.

Does this concept cause anyone else to think of “the mark of the beast” where those who refuse it can neither buy or sell? The “mark” may or may not be exactly as described in The Revelation… yet. However if I was a wagering man, I’d put my money on the accuracy of scripture.

Meanwhile, I’m saying it is time to step up and face down the controllers. They are mad with their newfound power and they need to be put in their place. Yes. They are controllers by nature but their nature does not grant them the authority. The authority is in our hands. Almighty God Himself granted us the right to rule ourselves.