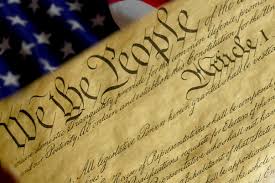 By the grace of God Almighty, I have been lifted from the despair of watching our nation crumble before our eyes as He grants us a reprieve.

This almost plays out like a Saturday matinee melodrama. The nation is tied to a log heading for the razor-sharp blade of a buzz saw. The whine of the saw fills our ears as we draw ever so close while the villain’s evil laugh rises above the drone. At the last second, our hero snatches the helpless waif from certain death and, once again, foils the villain’s evil plan. And just like in this exciting episode, the villain escapes so he may once again return with yet another dastardly plan.

Just like in the movies, the democrats have slunk off into a slimy hole where they are licking their wounds and planning their next attack. They aren’t going away boys and girls. The question is: where do we go from here?

Let’s start with an overview, shall we? Beginning with what actually happened on November 2, the citizens of Virginia spoke. I would be remiss if I did not acknowledge the fact that our voice was not the only one but it was the loudest. The pundits will wrangle around this event in an attempt to figure out exactly what we said. They will miss the point. It is not what we said. It is what we did that is most noteworthy.

We came out en mass to reclaim our birthright – our representative, constitutional republic. As one commentator, Sean Hannity pointed out, it is only one step towards the redemption of our nation. But it was a very important step. I entirely agree with what Hannity had to say about what the Republicans need to focus on moving forward:

Liberty, freedom, capitalism, a constitutionally limited government should be in the forefront of our message. He had more to say on this. I believe the message should be simplified even more. Every message should pass this litmus test: does it promote liberty?

For me, liberty and freedom are interchangeable. If someone could clearly distinguish between the two, I’d be happy to listen. As for capitalism, I like to think more in terms of free markets – as it promoting the freedom to produce, buy, sell and trade our goods, including our own labor, as we see fit. Above all, I dream of a truly limited government. In fact, I would support constitutional amendments to better close some “loopholes” that have allowed the dreadful expansion of government.

These loopholes include the language in the “general welfare” clause. To date the term general welfare seems to have taken on the meaning of “congress can doing any damn thing they want”. Whether or not this clause was intended to allow the federal government to transfer wealth at will, among other things, it needs to stop. It has transfigured the concept of a limited government to a policy of unlimited government power. The other loophole that concerns me most is the “treaty clause”. As written it has been suggested the President, along with two-thirds of the Senate may enter into a treaty with a foreign nation overruling our constitution. No. Simply no. Again, I care not if this was the actual intent of the founders or an oversight but this is unacceptable. Our constitution is THE law of the land and shall not be superseded by any entity other than God Almighty Himself. There are procedures in place to make changes in our constitution. Any modification can be accomplished with those.

How can we go about this? We have already begun. Now we need to take what we’ve learned in recent years and apply these principles diligently. For the most part, I am pointing to the Second Amendment Sanctuary movement and the “Mama Bear” movement. This last refers to what I feel may be the most significant factor in the 2021 Victory in Virginia. The most prominent battle in this election focused on vocal parents at local school boards. Loudoun County in Virginia was the center of this scrap. It galvanized the Commonwealth by drawing attention to the push to included Critical Race Theory in Virginia curriculums. A lessor related topic was the inclusion of pornographic materials, aimed at our children in our school libraries. As things heated up the National School Board Association worked with the Biden Administration and Merrick Garland’s DOJ to essentially declare parents who voiced disagreement domestic terrorists. Bad idea.

In an effort to desensationalize the domestic terrorist debacle, Garland insists his memo to the FBI focused on “threats of violence” or some such nonsense. Why nonsense? First thing, as I’ve stated before in another post, any “violent” acts ensuing from these school board meetings are a local, rather than federal matter. The DOJ and the FBI have no jurisdiction. Period. If they want to cry “terrorism”, fine. We can fix that by severely limiting how they can legally define terrorism. Better yet, we can require a special act of Congress in order to involve any federal agency in a suspected terrorist situation. Whatever the “intentions” of Garland’s DOJ memo, the effect was clear and the blowback was intense.

Both the 2A Sanctuary movement and the Mama Bear movement clearly demonstrate we citizens still have muscle to flex. WE the PEOPLE DO have the power. Our authority as self-governing citizens forming a representative government was confirmed. This is OUR nation. WE have the final say in how we are governed. What we need to do now is keep pushing. Indeed, we need to push harder. We need to step up and declare our will to our representatives and our employees in government. WE pay the bills. They are in their respective positions to serve US.

My vision for how to move forward is to gather together county by county, both in person and online. From there we can associate with other like-minded counties in our respective states and nationally. Like the 2A movement we can support and encourage each other and share ideas. We can band together to influence our state and federal representatives. 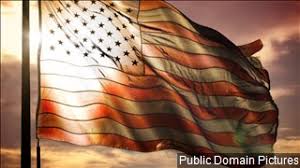 I am encouraged already. One week ago I thought I was seeing the end of our nation. Today I face a ray of hope, a ray so strong I cannot look straight at it for fear of going blind. It is a wonderful, warm ray. Let us thank God Almighty for this reprieve. We can demonstrate our thankfulness by seizing this moment and reclaiming our birthright – our representative constitutional republic.