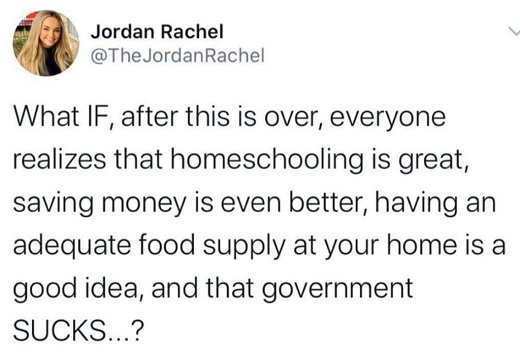 What ever else is happening in the world today – FUD, fear, uncertainty and doubt has to be topping the list. This virus is not only infecting people but every aspect of our lives – even if you never, ever come in contact with the bug itself. Consider my own circumstances, if you will.

My wife and I decided to pack it in and stay home as of Wednesday. While we have our concerns and, yes, even fears – as our eldest son, 23, was potentially exposed. His bride works in the health care field. Neither tested positive. While he is young and relatively healthy, he has lung issues already so we do have cause for concern. As I am now past 60, my age alone needs to be taken into consideration, though I am a fairly healthy over 60 by the grace of God. Even so, after reviewing the data, we decided the risk of infection is greater than the reward of a couple weeks pay. 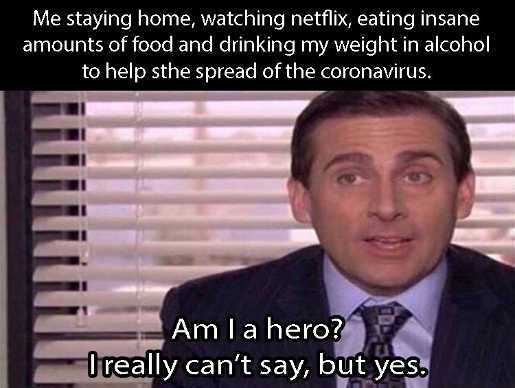 Overall, I tend to ignore the media and the horror parade. These days we are bombarded with so much negative news, a recent story predicting a rise in suicides is not surprising. The economy all over the world has tanked. Unemployment is hitting historical levels. Food and other supplies are unstable. Guns and ammunition is vanishing from the shelve. Many governors have ordered or at least implored citizens to stay home. Congress finally acted only to extract an unprecedented sum from citizens while promising to throw us all a bone. 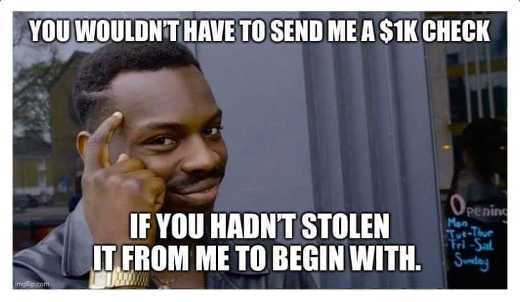 Meanwhile the media rages hysterically – pumping out fearful propaganda while refusing to air daily briefings from the White House, citing the plethora of “misinformation” coming from the administration. While even I must admit, the MSM are THE experts on misinformation, their claim is naturally suspect. It reminds me of the old line… “everything you know is wrong, but you know that.”

Most of those I’ve talked to express doubts. The biggest doubt is whether this Wuhan, Corona, Covid19, Chinese virus is a “thing” or not. Is it real? Is it made up? I’m pointing out that this does not matter any more. This entire pandemic has taken on a life of its own. Now the virus is secondary, even as the numbers of infected and dead rise, the aftermath promises to be devastating. In other words, the crud is now overwhelmed by the FUD. The only thing we can do at this point is take whatever precautions we can and ride it out. 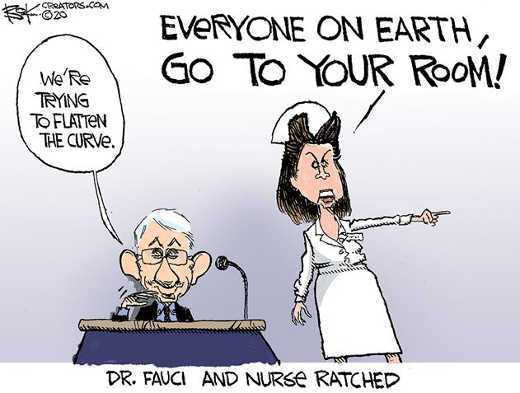 This morning, the numbers actually show a hint of promise. While the number of deaths tripled in just six days – from 2,000 reported on March 29 to 6,000 as of this morning – April 4, the rate of increase seems to be slowing. Mind you, I am not a statistician. I have not “done the math” so my assessment is approximate. The next day or two should tell. If the trend continues, expect the number of deaths to reach 8,000 by tomorrow – Saturday. If this is less, it could indicate a downward trend instead. While this would be good news, much damage is done already.

Now is the time to put aside our fears and shore up our resolve. Take precautions for sure. The actions we are taking here are more for the sake of prudence. I see no need to go out and mingle. While I abhor social distancing “orders” in themselves, I will not allow my pride or my personal objection to the tone of those in government to overcome common sense. The fact is, when the commonwealth closed down schools a couple of weeks ago, I was rather disgusted at their apparent knee-jerk reaction. Thought and hindsight brought me to the realization that closing down the petri dish network aka the public school system was actually the very best thing they could do.

Who knows how long this siege will last? All we know for sure is the longer this goes on the farther we will sink economically. For now our priority will be to continue to prepare to weather this storm. Continue? You say. Yes. We are awful at gardening but, we will try once again. We will look for other chinks in our preparations and fill those in as we can. As of now there are still some things we can do so whatever we can do we will.

Understand, the globalists will continue to try to leverage this to usurp more power. Do not think they will allow the logical argument this pandemic demonstrates for decentralization. Their solution is always, always, always more government, more control in their hands. We cannot allow this. 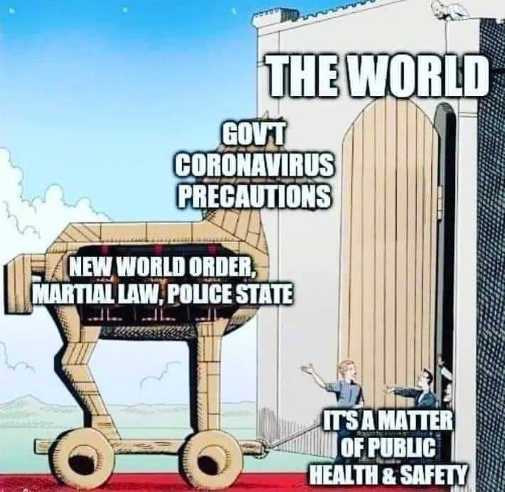 Not only is logic on our side but opportunity also. Once the world starts moving again, we should step up and assume control. No, I am not talking about marching on capitols but rather meeting our neighbors locally – at county seats and village halls and sending a strong message to our employees in government – no more! It is time to scale back this monstrosity you call “government”. You WILL either begin to represent US or you CAN and WILL be replaced. The lobbyists, the handlers and the controllers have got to go. We need to replace them with citizens from our own ranks and charge those citizens with the arduous task of dismantling the beast. They cannot be expected to do this alone so we cannot expect to send them off with a pat and turn our backs. We are stewards of our nation and WE must step up!