By now if you haven’t seen the hoopla surrounding the latest smoke signals from the White House, go back to sleep. There’s no hope for you anyway. For the rest of us, well, I’m not sure if we should laugh, cry or simply say good-bye to our nation. I’m referring to the announcements concerning “misinformation” and the regime’s stated efforts to put things right, I suppose. 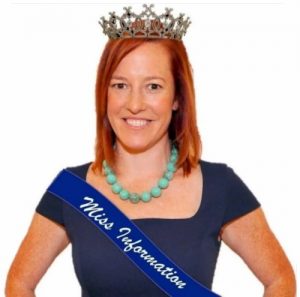 In effect Jen Psaki says they are working with social media, specifically Facebook, but she may have singled out others, to put a stop to Covid-19 “misinformation”. Apparently they are also working with SMS (text messaging) providers to cull wrongthink from texts we send each other. Of course, I imagine the first thought most of us have is “What about our 1st Amendment?”, followed by “What is stopping them from putting the skids on other forms of wrongthink?”, and then, “Who do they think they are?”. It’s this last supposed thought I’ll address here, hence the title.

Think about it. Fair warning, I am not, nor have I ever been Catholic, so anything I state about Catholicism is stuff I’ve picked up over the years. Take it with a grain of salt. That said, I understand the Pope is held as infallible and that’s where I’m coming from. It stands, then, to reason that Joe Biden, along with his coronation as p-Resident is now essentially declaring himself our New American Pope.

His holiness has to be infallible, otherwise how can he, unilaterally, declare what is TRUTH and what is falsehood? Now, I’ve only ever understood that the Catholic Pope is the only man on earth deemed to speak pure unmistakable words. Even certain kings, who believe themselves God have not overtly done such. (Keep in mind, I have not studied the topic in depth so I may, well be mistaken here but you get the point.) Now that I think about it, is it possible Ol’ Joe expects he should rise to the prominence of a Pharaoh, Chinese, Japanese or Roman emperor? These all considered themselves gods.

Pope or emperor, it makes no difference to me. The end result is the same. We can now see the beginnings of an entity who expects the world to see himself as bigger than life itself. Far too big to be constrained by a mere constitution. Why should he be bound by the laws of men? Why does he need a congress? Is he (should I now be rendering the pronoun He or HE?) not above all of this? Speaking of pronouns, I find it a bit difficult to get a grip on them. As we all know, we peasants are rarely blessed with direct communication from the great one himself. Such trifles are relegated to others, such as his press secretary. However, as I understand it, all of these decrees emanate from the source. In light of this it may be time to speak of our p-Resident in the plural Victorian. This we can use they instead of “him” or “he” and Mr. p-Resident can refer to themselves as “we” and “us”. I’m pretty sure even the Catholic Pope refrains from this.

So there you have it. We need no longer concern ourselves with what or how to think. We have The One who will tells us all TRUTH and will benevolently correct us when we run afoul. All of this courtesy of Joe Biden, our New American Pope… or Pharaoh… or Emperor. My apologies for not being more specific. I’m sure they will soon be forthcoming with the proper acceptable forms of address along with guidance concerning the correct title we subjects are expected to use.

Update: on further reflection, I considered how this post meshes with my current views. In other words how does this fit in, seeing as how I advocate turning to God  Almighty to ask Him to restore our nation?

As noted above, historically, certain rulers have deified themselves. This is basically what is happening here. The controllers are elevating Joe Biden to a godlike status. The end result is the destruction of our nation is accelerating more and more each and every day. Remember that snowball?

I am not going to cite example after example. The controllers are attacking our republic on every level. How much longer to we have? I cannot say. How long before I am prohibited from saying?

Go to God now. Ask Him what He would have you do. Keep asking until you have an answer. Prayer is our first defense right now.