It appears the smoke has cleared and Go F Me is refunding all who contributed to the Freedom Convoy after backing off their decision to distribute the funds to those they deemed “worthy”.  I’m sure the growing number of State Attorney Generals investigating them for fraud or Senator Ted Cruz imploring the FTC to dig into their pile of dung hand nothing to do with it. I’m still wondering if those who donated have cause for a viable class action suit for breech of contract, among other things. (I’m no lawyer so someone else can take that gig.) But it was the official response from one jackass in “authority” who yanked my chain.

AlJazeera was one of them.  I clicked on their article because it looked like they might actually quote the chief. Nope.

In an emergency meeting on Saturday with Ottawa officials, Police Chief Peter Sloly complained that he lacked the resources to end what he called a “siege”, and asked for reinforcements.

Propaganda site after propaganda site picked up the phrase and are repeating it ad infinitum. Take my word for it, if we citizens here in the US show any support for the Canadian truckers our own Freedom Convoy, they will happily slap that label on us too. I can’t wait.

If you read my previous post, you know I’m advocating a nationwide show of support at our respective county seats. I have no idea if this idea will take off but if it does it would stun the pseudo “powers that be”. WE are the true power and authority here and it is high time we made sure they know it. 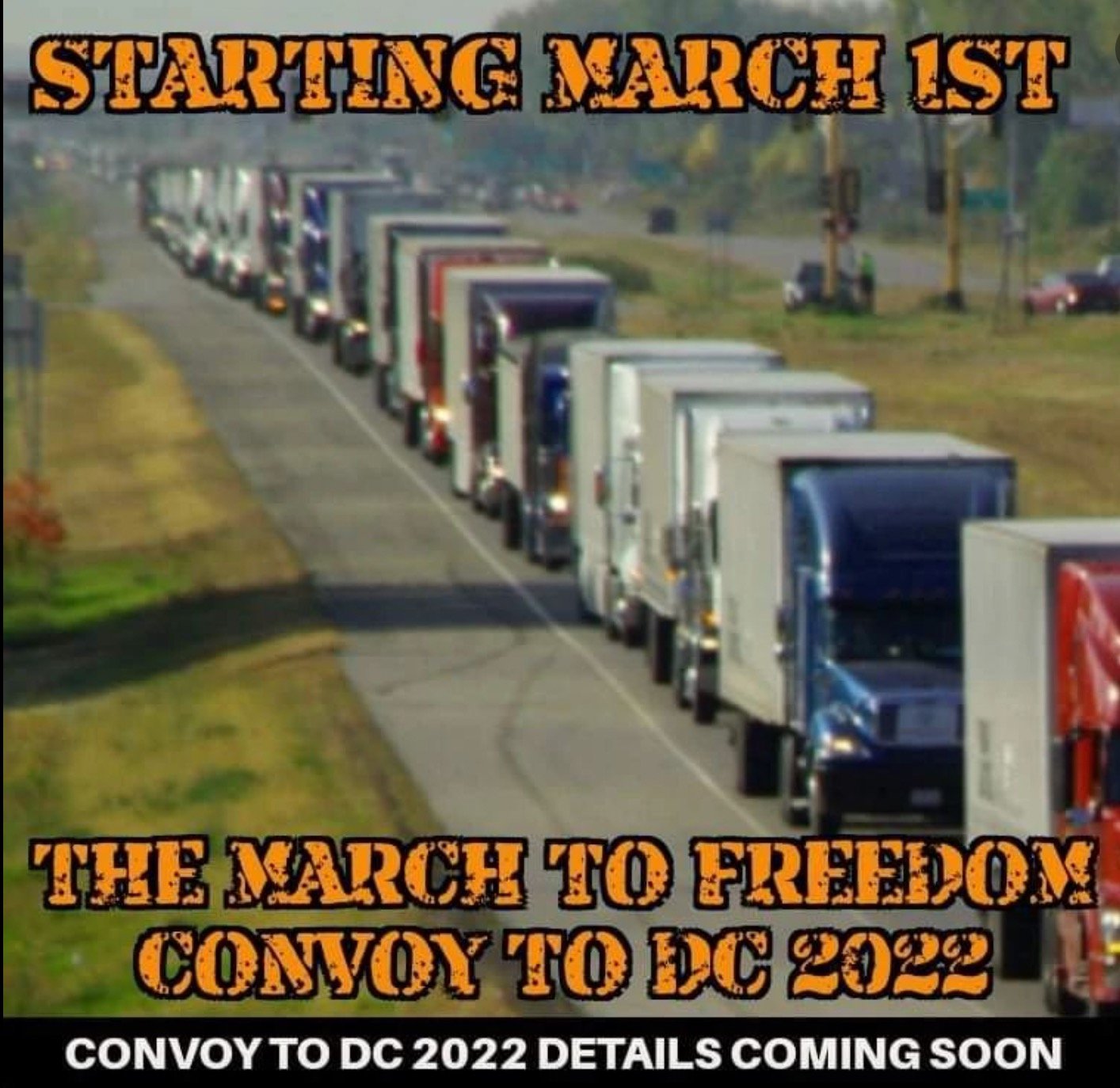