For over two years now (longer actually), I’ve put up with all this crap about election fraud, shady elections, questionable election practices and the like. 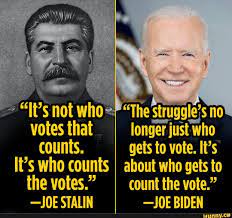 The past two years or so have been the worst because all of a sudden, it’s no longer “cool” to question election results… unless, of course, those results favor a republican nominee over a democrat. I’ve had it.

Like I said this garbage has be going on far longer than the past two years. My most pressing question is:

HOW Did We Get Here?

Or have we always been this complacent? Looking back, I envision more of a slippery slope. Maybe we’d see some sort of blip or a glitch now and then in this election or that one. What was done? Was the problem taken seriously? Was it resolved? Was the integrity of the election process examined with any issues addressed and corrected? I don’t know. Maybe these things never happened. They should have. Even if they did, somewhere along the line someone shrugged. Some problem was simply ignored or otherwise allowed to fester. Then other problems arose. More and more they slid under the radar. During this last election cycle, where the most glaring example is in Maricopa County, Arizona, issues, major issues of election integrity and an honest count, are in danger of being simply batted away like a pesky fly. If it persists, they’ll just kill the fly.

HOW Can We Let This Happen?

Where is the outrage? I liken this to my wife when she reconciles our checkbook. If she is off just one penny, she will work those figures like a dog worries a bone. I’ve seen her fret for days about the most insignificant (to me) discrepancy. Personally, I’d write off a few cents and be done with it. Not her. Only 100% agreement between the bank and her calculations are acceptable. THIS is the sort of attitude we need to have concerning our electoral process.

Discrepancies, murky questions, and shady dealings should never, EVER be associated with our electoral processes. Everything needs to be on the up and up and on full display for everyone to see. ALL questions should be dealt with, in public. The process should never need be questioned.

Over the past few years, we’ve seen a myriad of issues come up in multiple elections all over our nation. These range from dead people voting, to questionable individuals being allowed to vote without ID (right here in Virginia where ID is legally required to vote!), to scores of voting machine issues – including alleged flip/flopping actual votes, machines that conveniently jam or otherwise fail, districts counting more votes than they have registered voters, and more. Whether any of these issues have been properly addressed, and I’m certain some of them have NOT, is more often than not never publicized beyond the initial reports. Granted, news media thrives on conflict and dies on resolution but one would expect at least a hint that some of these issues are resolved. Instead, crickets.

Frankly, I’m pissed. My anger is not directed at the cheaters or at those whobenefit from cheating. It’s not directed at the courts who refuse to even look at these problems. It’s not directed at our elected officials who should see to it the issues are addressed properly and corrected. Nor am I angry with those charged with overseeing the processes and ensuring they are right and proper. No. I am mostly pissed at myself and my fellow citizens. WE are allowing this to happen. WE are ultimately responsible to see to it that OUR elections are squeaky clean and there is NO QUESTIONS about their integrity.

WHERE IS OUR OUTRAGE? When are WE going to INSIST our elections are done right? There is no excuse for us if all we do is throw up our hands in surrender. Right here. Right now is when we must take a stand. If any, ANY result is not “right”, then we need to DEMAND a strict accounting. The books need to balance. We cannot afford to be off one single penny, one single vote. 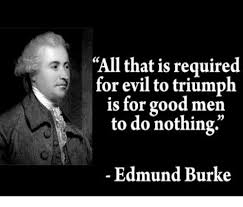